Please note that all courier services are on strike in Spain at the moment. This will cause delays in deliveries to everywhere except the UK. We will advise you when we have more news.
×

How Have We got Here?

Let’s be honest last week’s breakdown was just technical, chemical talk, but what does it mean to you, you the user?

First, let’s look at how many of the drugs we use have become so contaminated, so cut with chemicals with more numbers and letters than a college chemistry course.

The reality is now we’re not buying the drug that we want to be buying. If you’re buying a gram of coke, you don’t want 60% of that cut with a cathinone that’s going to keep you up all night, no euphoria, not even buzzing, Just awake. And secondly, you don’t want to be buying a gram of Benzocaine. Yes, your gums will go numb, your throat will freeze, and that’s it. Not high. Just numb.

You’re out for the night, looking for the euphoria, wanting to feel the love and warmth with your friends. You decide to buy a couple of pills from the dude running around the club. You’re wanting that ecstasy, the high, that feeling of connecting with the strangers around you.

Yet the pills you buy are not MDMA – they can be anything from concrete to our favourite cutting agent, the cathinone. It’s going to give you the brief rush and the flash high and then wide eyes for the next 24 hrs. But you’re looking for that sudden rush again, so what do you do? Re-Dose and re-dose over and over, ensuring that you’re going to be awake and suffering insomnia that will go on for days.

The Pandemic was the Straw that Broke the Camels Back

The global lockdown has affected everything from food to fuel, so this has inevitably had a significant impact on the world of drug supply. The usual supply routes were no longer available, travelling was banned, international travel and movement were restricted by most of the world.

2021 is 50 years since the War on Drugs began. The precursor chemicals used in drug products have been banned, and restrictions on production and the supply of the cursory chemicals needed to produce and manufacture the MDMA have been difficult to get to the labs.

Clandestine labs set up mainly in the Netherlands ceased production of MDMA. It became too difficult.

The labs for the production and manufacture of MDMA are typically set up for bulk orders. One million pills plus, produced, manufactured and then shipped out. They became redundant.

No one was going out; the clubs were closed, which meant the labs closed.

Yet, there was still a market need. And this need has been fulfilled. 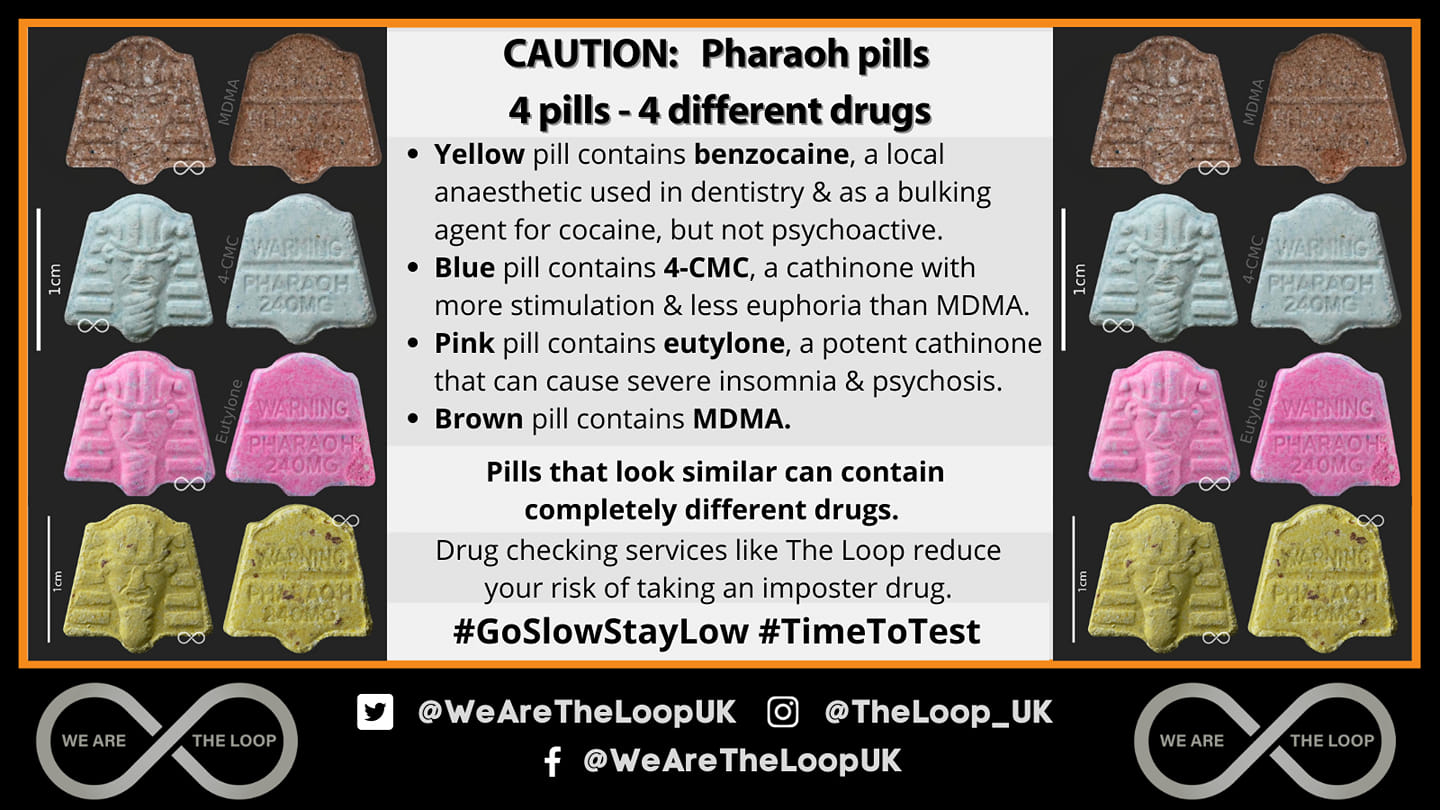 The warning above from The Loop shows how the suppliers have adapted. The Pharaoh Pills that come in four different colours all contain something different from what you think you’re purchasing. Only the brown pills contain MDMA. Two tablets contain Cathinones; the third only contains Benzocaine. Not the buzz you’re looking for or wanting. I mean, who wants severe insomnia and psychosis? 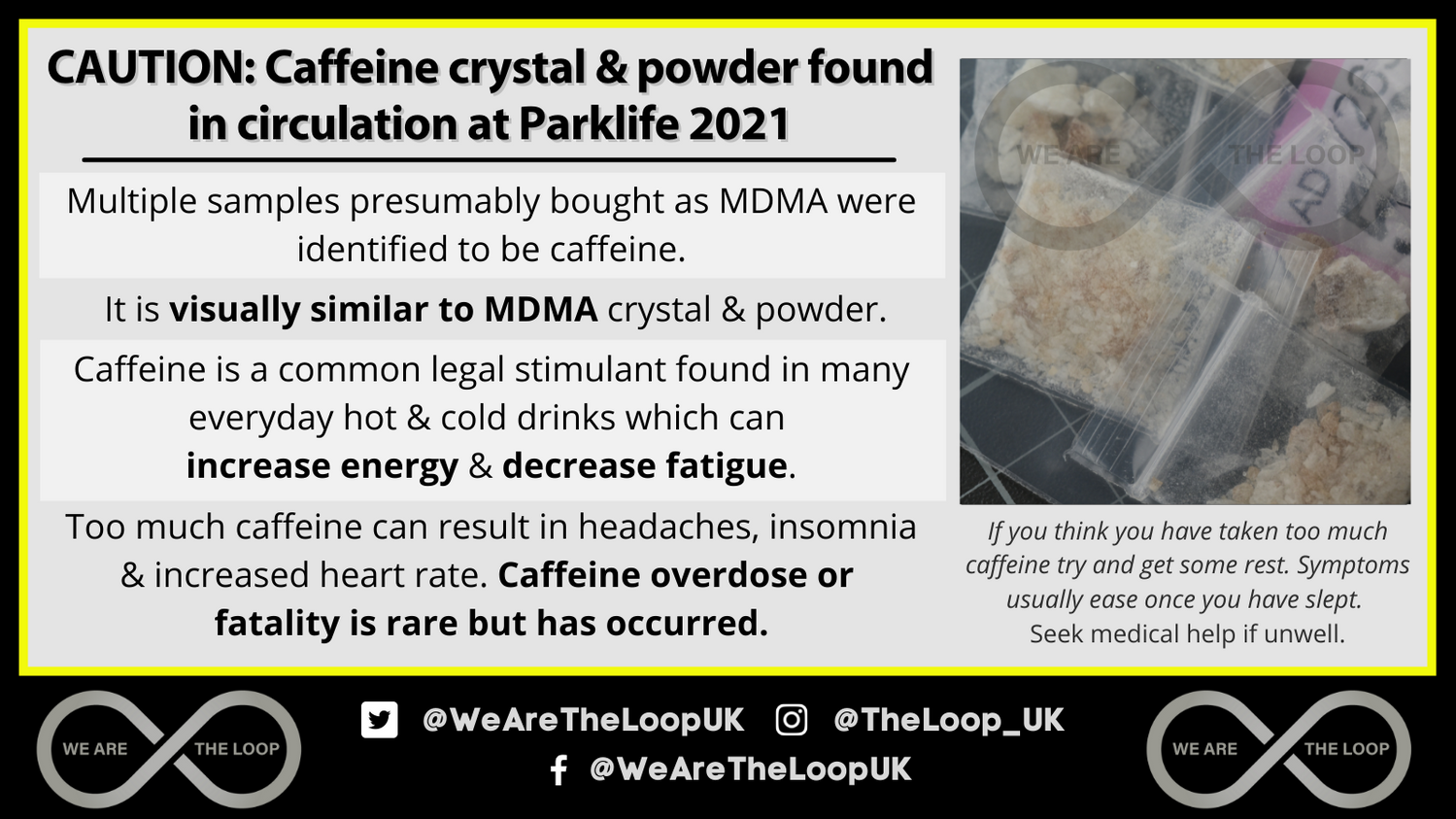 Due to the shortage of MDMA, anything that looks like MDMA is sold as MDMA. Caffeine closely resembles MDMA crystals. You’re paying a premium price for a product that you get from any high street coffee shop. Although caffeine won’t cause that much damage, what it will do is give you an increased heart rate and keep you up all night. All night you’re awake, no euphoria, no buzz but an increase in your energy.

Where Do We Go From Here?

So with people now selling drugs so cut, they may as well be poison. Has the war on drugs worked? Or is it working? We have seen an increase in drug busts, every day, we read about another huge bust around the world. But are they making any difference?

Despite recovering tonnes of drugs, it doesn’t mean the market for those drugs is no longer available. Supply and demand are very much real. If the users still exist, if the rave is back on, then the market exists. Dealers will meet that demand any way they can, usually with products that can get through ports and docks. Chemists are inventive with their products, changing one molecule, so it is no longer illegal. Most of the products are now synthetic cathinone.

To date, there are now over 900 listed cathinones in circulation, and this number is going up year by year.  Is the war on drugs helping reduce the risks of drug use on the user, or has it just made it worse?

If more and more of the traditional drugs we use are cut with adulterants and cutting agents, the effects we see on the ground are worsening. The contaminants, mostly cathinones are the adulterant of choice. Yet, the product increases the risk tenfold that of the drug it has been cut with.  The product is worse. The high is worse. The risk is higher. But the demand keeps increasing.

So, what are the options? De-criminalisation? Legalise all drugs? Take control from the OCG’s for supply and sale of the drugs we use? The use of Harm Minimisation and advice and information at the point of sale?

I’m not sure where we go from here. Other countries have changed the way they approach drug use to reduce the risk and harm to the user. The Portuguese model was introduced in 2001, and it’s had a dramatic impact on the overall damage caused by drugs, a drop in overdose-related deaths, HIV, and drug-related crime.

For me, I think it is time that we look at how we keep users safe, the community around us safe, and how we can protect and utilise valuable drug services that are often underfunded and overstretched.